Safety chains have the potential to eliminate runaway trailer crashes caused by failed pin couplings in truck and dog trailer combinations. However, some industry stakeholders are concerned that the chains themselves could result in unfavourable dynamics in the event of coupling failure. Using field testing, Advantia assessed vehicle dynamics in a range of operating scenarios to quantify the risk. Project summary by Adam Ritzinger.

Truck and dog trailer combinations are ubiquitous throughout the Australian road transport industry, commonly working in building and construction, and the bulk liquid haulage sector. Common configurations are 6×4 rigid trucks, hauling 3- or 4-axle dog trailers. In recent times, 5- and 6-axle dog trailers have emerged under the Performance Based Standards (PBS) scheme.

An Australian transport company considering fitting safety chains to its fleet engaged Advantia Transport Consulting to determine whether the concerns raised regarding the unintended effects on vehicle dynamics were justified.

Specifically, the company asked Advantia to determine whether a truck and dog trailer combination (such as that shown below) can be brought safely to a stop in the event of a primary connection failure, and to analyse vehicle combination stability in a range of scenarios covering speed, load configuration, road surface conditions, steering, acceleration and braking.

A field test method was chosen over other possible methods (e.g. numerical modelling of vehicle dynamics), due to its real-world applicability and capacity to capture the numerous characteristics that influence dynamic stability in such a situation, which are at the heart of the concerns raised by drivers. Advantia used its own in-house custom-built field data acquisition system, which comprises a computer-controlled data logger that recorded data from various sensors fitted to the test vehicle. 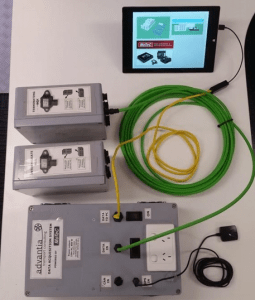 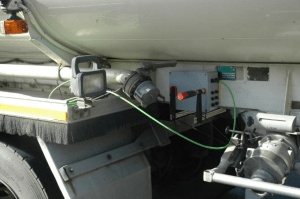 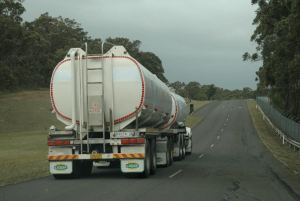 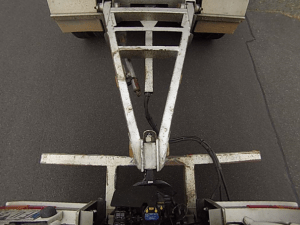 The field test methodology focused on comparing the on-road dynamics of a typical truck and dog trailer combination in a range of normal driving scenarios, against the dynamics of the same vehicle in the same scenarios, but with the trailer un-coupled, and connected only by safety chains.

Some tests simulated coupling failure while the vehicle was in motion, using an automatic release mechanism that was activated via a switch located in the truck’s cabin. Over 9 hours of testing was completed across a two-day period at a proving ground in Victoria.

Through analysis of the recorded data and observations made by the driver of the vehicle and other observers, it was found that neither the truck nor the trailer demonstrated unsafe behaviour in any of the tested manoeuvres. It was determined that a truck-trailer combination can be brought safely to a stop in the event of a primary connection failure. These findings strongly indicate that there is little potential for safety concerns to arise as the result of the fitment of safety chains to drawbar couplings of these heavy vehicle configurations.

Here is some video footage of the testing, narrated by the test driver (Robert Smedley of Smedley’s Engineers). 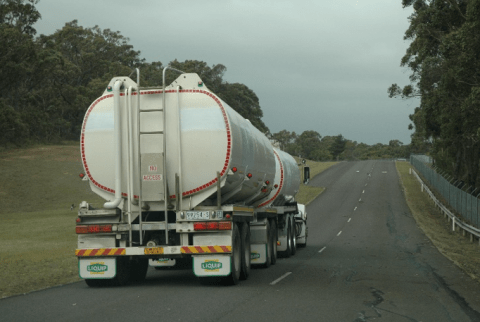