Throughout 2015, Advantia assisted road authorities to manage the safety and infrastructure risks posed by the operation of agricultural vehicles on public roads. These studies and Advantia’s wealth of heavy vehicle expertise led to the award of Austroads research project FS2033: Future Challenges of Changing Agricultural Equipment. Project summary by Adam Ritzinger.

The agricultural equipment vehicle fleet presents a considerable policy challenge for road managers. The fleet is as broad as the industry itself, and encompasses a wide range of powered and unpowered equipment.

There is substantial variation in mass and dimensions. Tractors and harvesters can weigh up to 30 tonnes. Harvester ‘header’ trailers can be over 20 metres long. Tilling and seeding equipment can be up to 8 metres wide and 6 metres high, even when folded to reduce their dimensions for on-road transport. Combinations of towed implements can be over 40 metres in length and above 50 tonnes gross mass. 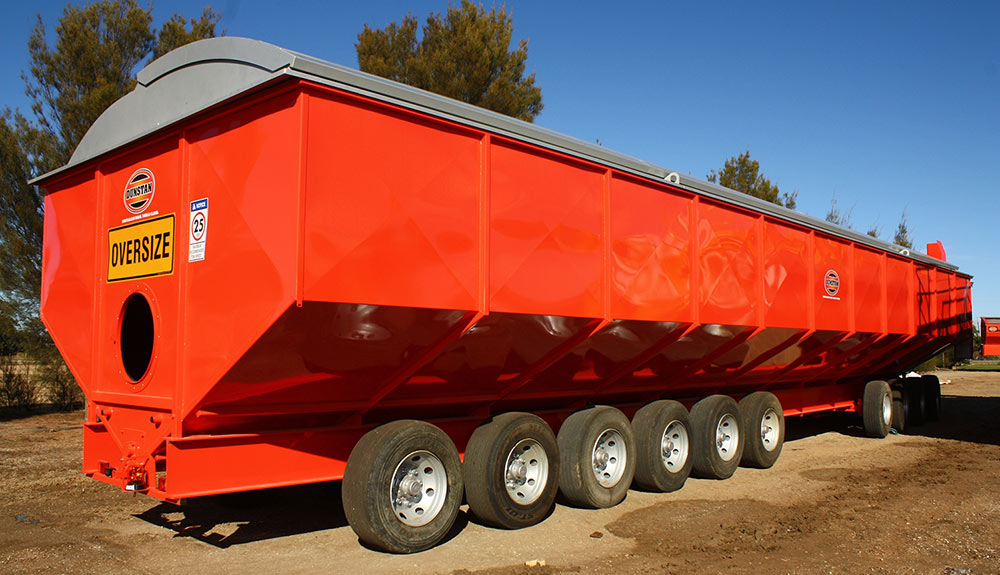 Separate to mass and dimensions, there is a range of other safety and infrastructure considerations. Agricultural tyres are wide, and their pavement impacts are not well understood. Some implements are built to carry loads, which considerably increases their mass. The use of light vehicles to tow relatively heavier implements is commonplace, and the fitment of brakes to towed implements is rare.

Austroads project FS2033 was awarded to Advantia in September 2015. It undertook in-depth research into those issues and produced findings relevant to all Australian and New Zealand road managers.

The second stage of the project reviewed and summarised the jurisdictions’ policies, and determined the discrepancies between that and current/future equipment. A range of technical assessments similar in scope to those undertaken earlier by Advantia for VicRoads was conducted to quantify the safety and infrastructure impacts of those discrepancies. That stage was completed in early 2016. 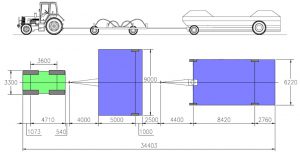 The research identified that:

The report recommended that current limitations and variations in existing policies should be addressed as a priority, not only to ensure that the risks are managed, but also to provide greater clarity and certainty to the agricultural industry. Limits and requirements should be harmonised across jurisdictions to the greatest extent possible, in a similar manner to that which has been achieved in the conventional heavy vehicle industry since the creation of the National Heavy Vehicle Regulator.

While the provision of detailed policy options was outside the scope of the project, the research allowed some recommendations to be made on single unit and combination length, rear overhang, axle load and gross mass limits, and laden operation.

The research findings can be used by jurisdictions to develop policies that will allow current and future agricultural equipment from local and overseas markets to be operated on public roads without undue additional risk to safety and infrastructure. The findings also allow the industry to make better informed decisions regarding future equipment purchases, and its operation within the bounds of jurisdictional policy.

Please register with Austroads to download a copy of the report, and contact Advantia for more information.