Not since the introduction of the B-double in the early 1990s did Australia have such an opportunity to improve the road transport industry’s triple bottom line. This project saw Advantia work with the National Transport Commission to create a practical national policy for the proliferation of B-triples based on an industry proposal for modular assembly of ubiquitous existing B-double trailers. Project summary by Rob Di Cristoforo.

B-triples had been operating in all Australian States and the Northern Territory, but road network access and operating conditions differed vastly across the nation. This effectively constrained B-triples to intrastate, rather than interstate, operations. For example, limited road network access and unpopular operating conditions in New South Wales were not only limiting the numbers of B-triples operating in that state, but also discouraging B-triples from entering from the adjacent jurisdictions. This stifled many opportunities for better national freight movement.

Rob Di Cristoforo’s extensive expertise in transport policy has been instrumental in the successful drafting of a national policy that is to positively impact the Australian transport industry. Beyond Rob’s integrity and skills, his ability to deliver results on time is one of the many reasons it is a pleasure to do business with him. 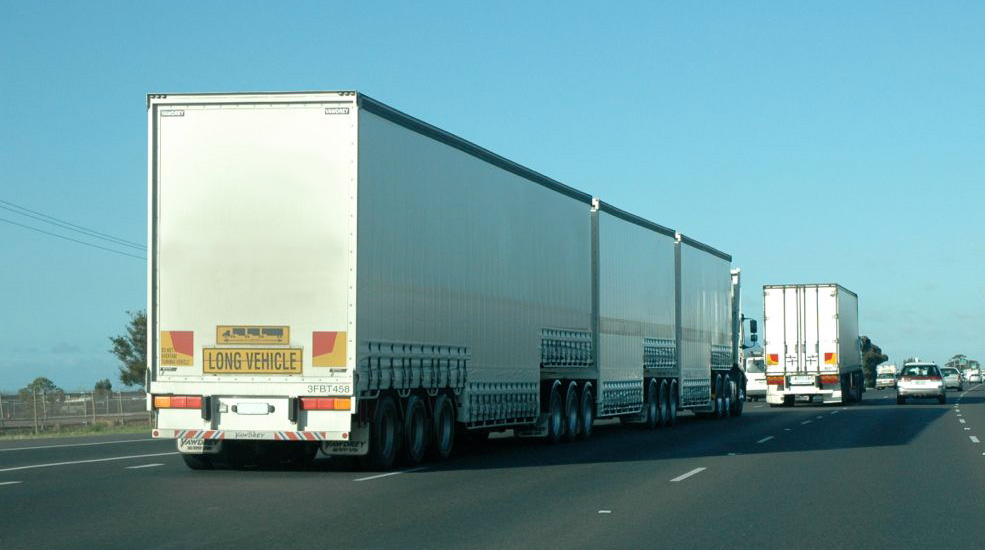 A B-triple is a modular road freight vehicle that is effectively an extension of the common B-double configuration, having an additional lead trailer. In terms of mass and dimensions, B-triples are comparable with Type I road trains (i.e. 36.5-metre double road trains) but they have improved safety and productivity characteristics.

Central to this policy proposal was an agreed National B-triple Network and an agreed Modular Vehicle Specification to enable standard B-double trailers to be coupled together as a B-triple.

The National B-triple Network has to be bigger than the existing Type I road train network, to at least connect the eastern seaboard capitals. Because a B-triple is somewhere between a B-double and a Type I road train in terms of its on-road performance, it is suitable for operation on major divided inter-capital sections of the B-double network. A National B-triple network was developed and continues to grow. 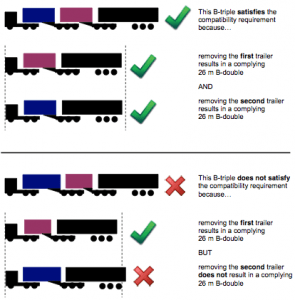 The outcome of this project was an April 2012 NTC policy paper, A National Framework for Modular B-triple Operations, which was approved by the Australian Transport Council and already forms the basis for some expanded B-triple access arrangements. [Download PDF] 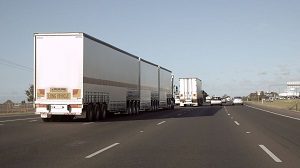