Since 2015 Advantia has delivered in-depth training on Performance Based Standards (PBS). Known as the PBS Masterclass, the intensive one-day course designed for people who have any kind of role to play in PBS has gained a reputation as the best way to get up-to-speed. Rob Di Cristoforo explains.

As one recent PBS Masterclass attendee put it, “I learned more today than I did from about 100 hours of my own research over the past couple of months.”

That kind of experience is typical of most people who are new to PBS. I’ve had people come into my office with ring-binders full of content printed off the NHVR website and magazine clippings about their competitors’ PBS vehicles. Bringing up anecdotes from conversations with their friends in the industry, and referring to combinations that are currently operating, they are often anxious to get into PBS without a complete understanding of the ins and outs.

Many of the idiosyncrasies of the PBS Scheme that allow some of the more ground-breaking approvals, like tyre specifications, payload height restrictions and specific route access, don’t make sense unless you’ve had them explained to you in person by someone who deals with those things daily. Some approvals are routine, while others take a bit of effort to get off the ground.

In March 2015 the first PBS Masterclass was held in Brisbane, attended by a mixed group including truck manufacturers, trailer manufacturers, consultants and even representatives of the Queensland Department of Transport and Main Roads. 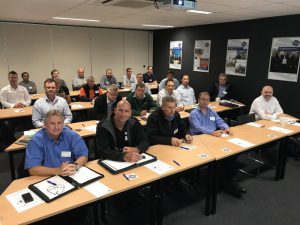 Another four sellout classes were held in Melbourne over the course of that year, attracting a similar demographic. VicRoads sent two people to the first one and, because they got so much out of it, they sent another three to the next one.

In 2016 our focus changed to providing in-house PBS Masterclasses at truck dealerships and trailer manufacturers, providing training to engineers, salespeople and major customers. We recently delivered training to more than 20 people at the Queensland Department of Transport and Main Roads, and we have partnered with Heavy Vehicle Industry Australia to deliver training for their members and guests.

I would strongly recommend to anybody who is serious about playing in the PBS space to get along to one of these PBS Masterclasses or even host one for your own organisation. 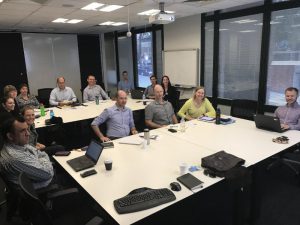 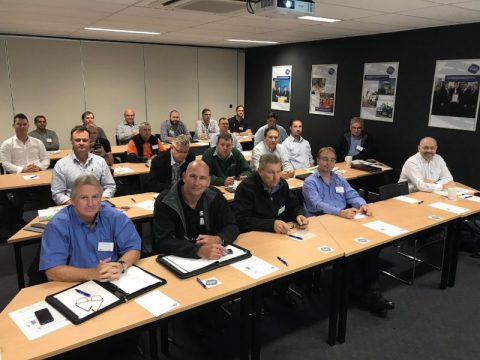